It’s ranking season! Two thirds of the WNBA regular season are over, the playoff picture is taking shape. Read to find out, how Christian Orban (no text this time, baby duty!) and our very own Siro have adjusted / updated their rankings in comparison to their first one. As always: If you (dis)agree, let us know in the comments. 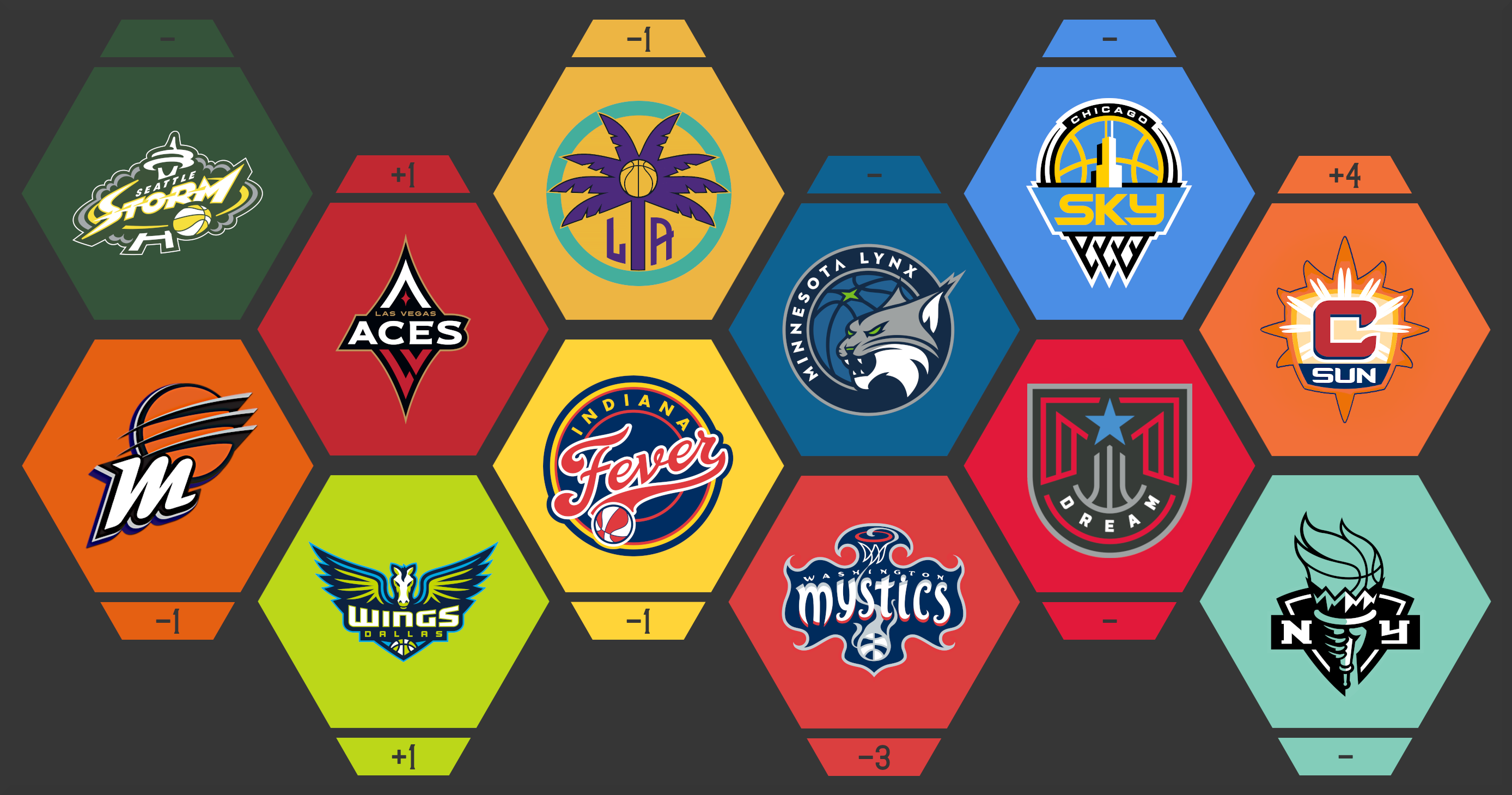 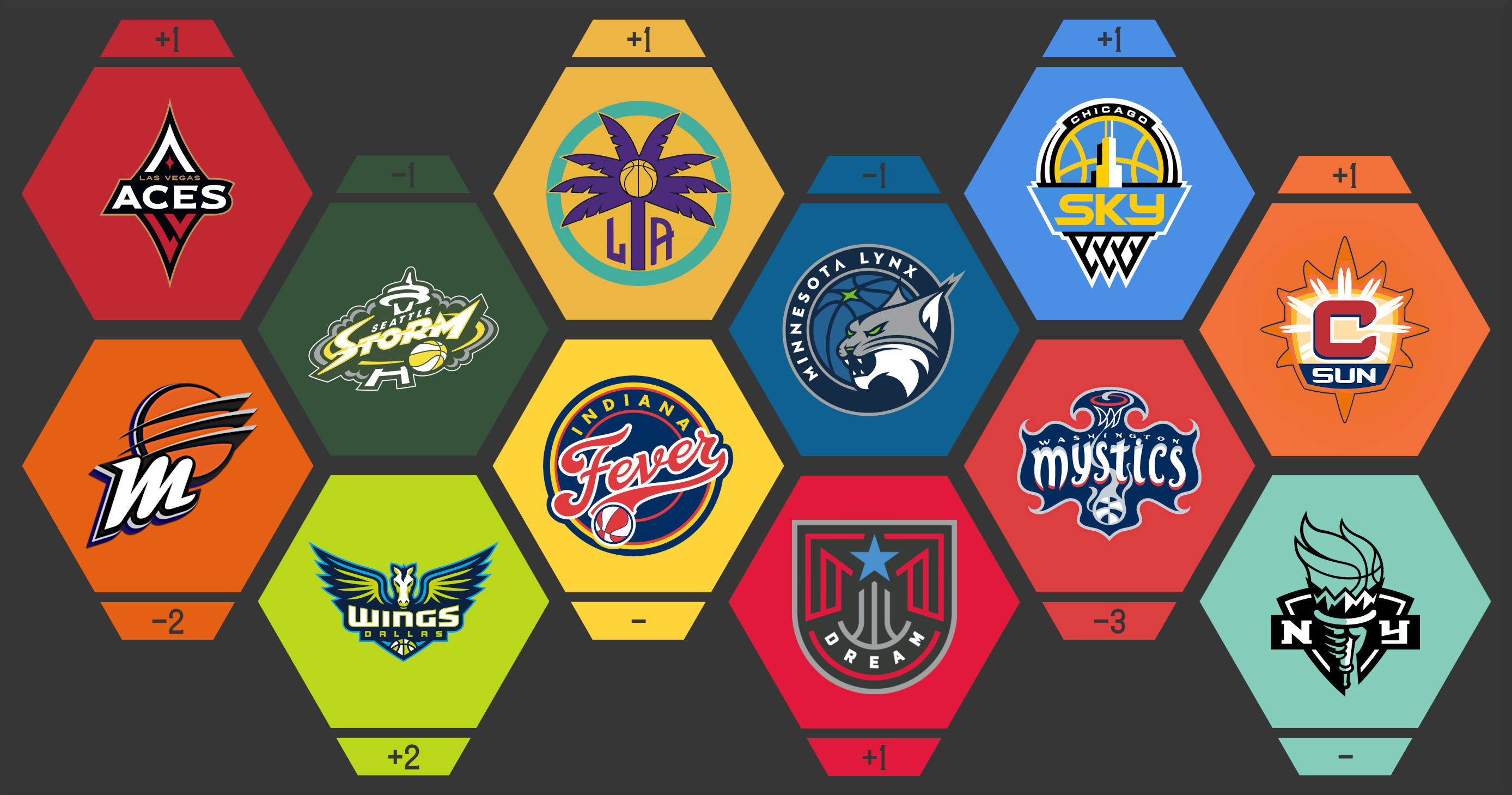 There’s a new sheriff in town and her name’s A’ja Wilson. Las Vegas’ MVP candidate puts the power in power forward and has grown into her leadership role on the team. Bill Laimbeer’s squad gave the Storm a good beating in their matchup, outhustling and outplaying the league leaders.

The dethroned Bird-less Storm still hold the league’s best record and lead the WNBA in offensive and defensive rating. Breanna Stewart continues to impress and, most importantly, 2019 Natasha Howard has joined the #Wubble. Seattle’s three-point shooting has been a little worse in the last few games, which might be an issue going forward.

The Sparks have now won 9 games in a row, the by far longest active streak in the league (Las Vegas: 4). So it is only logical that they climb in the rankings. Las Vegas and Seattle still look more dominant, though. But you should never count out a team with a healthy, MVP-form Candace Parker. Or Nneka Ogwumike. Or Chelsea Gray.

The injury to Sylvia Fowles was a big setback for the Lynx, although it kind of paved the way for an MVP-caliber “Phee” Collier. The forward has been stellar for her team. Crystal Dangerfield still leads the ROY race and Odyssey Sims has already made her mark after her return to the league just 4 months after giving birth. These women in the WNBA are something else!

The Chicago Sky may have ranked up a spot, but they’re still on the decline. After losing Azurá Stevens and Diamond DeShields, the squad desperately yearns for reinforcements. They’ve made a move for Stephanie Mavunga and Kahleah Copper is actively trying to win an MIP award this season. It’ll be interesting to see if Courtney Vandersloot and coach James Wade can make it work.

Yes, the Sun are still under .500, but since their abysmal start to the campaign, they’ve won 7 of 11 games – but head coach Curt Miller also had to deal with a lot of injuries of late. Their star duo DeWanna Bonner and Alyssa Thomas leads by example, putting the team on their backs. The Sun seem poised for another deep run.

The last few weeks have been rough for the Phoenix Mercury. After star center Brittney Griner had left the #Wubble, Bria Hartley has hurt her knee and will miss the remainder of the season. Diana Taurasi and Skylar Diggins-Smith still managed to string together a 3-game winning streak. It’ll be interesting to see, how far the vets will be able to carry their team.

The Dallas Wings have made strides in the ranking, powered by Arike Ogunbowale’s scoring, Satou Sabally’s rebounding and Allisha Gray’s hustle. Brian Agler’s young team is exciting to watch when on the run, but still struggles in the halfcourt offense and on defense. They’ll like fight with the Indiana Fever over the last playoff spot.

The Fever excel at crashing the offensive glass, getting back a third of their misses. Their defense is still bad, though, which holds them back this season. Not getting Erica Wheeler back isn’t exactly good news either. Julie Allemand and Kelsey Mitchell continue to shine, though, evolving into leaders on a still relatively young team. Natalie Achonwa has played some good basketball of late, too.

Record-wise, there’s not a lot to cheer for Atlanta fans. With Chennedy Carter back from injury, their games will be a lot more exciting, though. Expect the young point guard to make a late (and probably) spectacular push for ROY. Betnijah Laney’s development into a reliable offensive weapon is another bright spot for head coach Nicki Collen.

A season to forget for head coach Mike Thibault and his crew. The reigning champs are slowly but surely falling in the standings, as they are unable to compensate their injury woes. On a positive note, Myisha Hines-Allen has been a revelation this season and her great start has not been a fluke. Expect the Mystics to come back stronger and hungry next year – just like the Storm did this season.

The Liberty and head coach Walt Hopkins will already be planning ahead for next year, when considering their lineups and rotations. Developping their rookies should be on the forefront of their agenda in the last two weeks of the #Wubble. Leaonna Odom, Jazmine Jones and company have already shown that they’re worthy of roster spots in this league.